The full Marc Jacobs spring 2014 campaign has been released, starring  none other than pop star Miley Cyrus. While Juergen Teller refused to photograph the singer, David Sims captured Miley in a series of dark beach images taken on location in Los Angeles, California. Miley is joined by models Natalie Westling and Esmerelda Seay Reynolds in the photographs and the shoot was styled by Stefan Beckham.

Looking stunning in sequin-embellished skirts, structured tops and glam gowns as she poses with a couple of other models on a desolate-looking beach.

In most of the pictures, Cyrus gives a fierce stare off into space, rocking square-rimmed glasses in one shot, and a blue structured gown in another, laying lifelessly in the sand along the shore.

Her smattering of tattoos are on full display in some of the shots, her nails are painted black and her lips are generally in a pout. 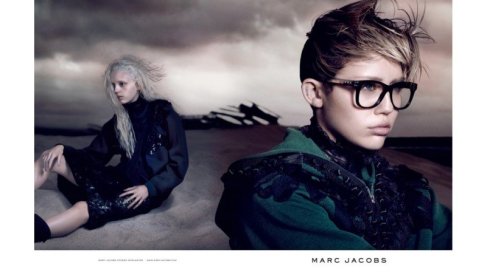 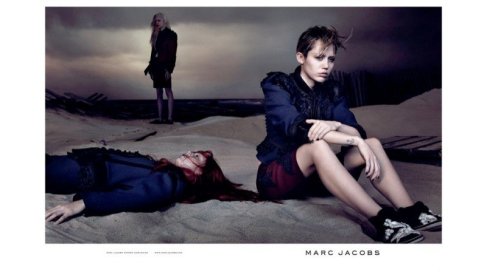 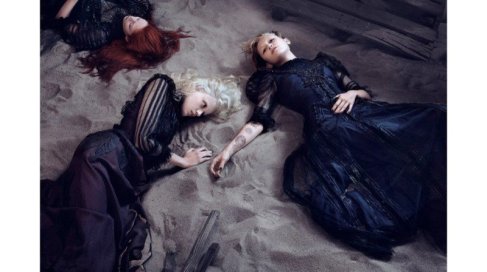 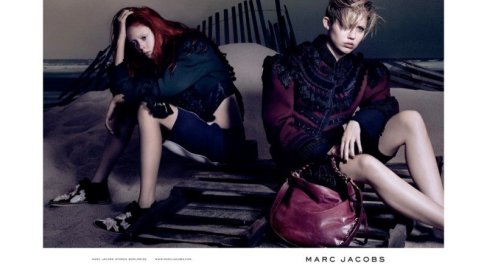 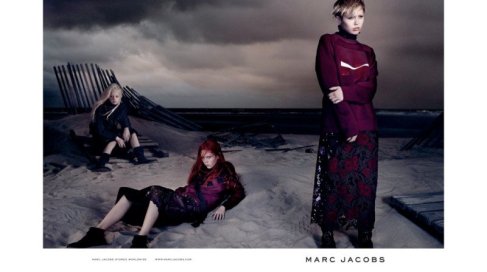 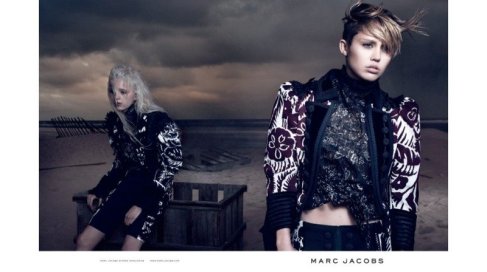 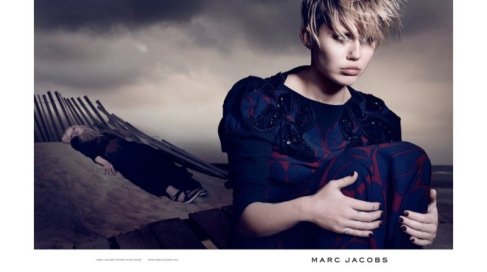